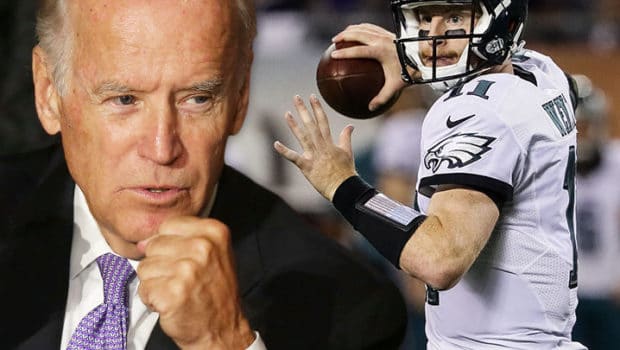 The Eagles’ 22-21 win over the New York Giants on Thursday Night Football was killed in the ratings by the Joe Biden-Donald Trump debate.

Going head to head with the second presidential debate, TNF drew 10.069 million viewers on Fox and NFL Network, which is down 26% from Week 7’s Chiefs-Broncos matchup (13.68 million viewers). Notably, TNF this week drew fewer viewers than each NFL game that aired on Monday (12.160 million for Chiefs-Bills on Fox and NFL Network, 11.317 million for Cardinals-Cowboys on ESPN).

While the game itself wasn’t exactly a must-watch (the Eagles’ victory propelled them to first in the NFC East with a 2-4-1 record), the debate clearly sucked away potential viewers. Airing across several networks, it drew more than 57 million viewers.

Overall, while the number might seem disappointing, several windows for the NFL this year have drawn lower numbers. Notably, all three NFL Net