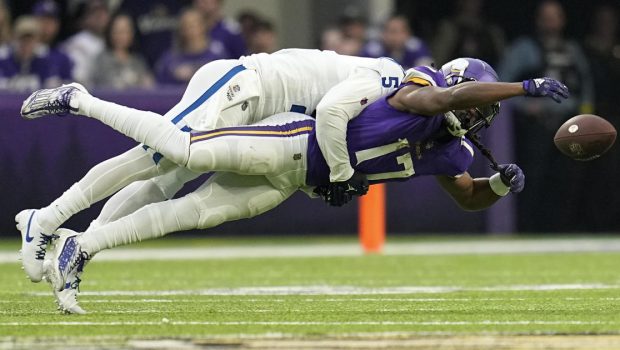 EAGLES GET NO HELP: COLTS CHOKE AWAY 33-0 LEAD, VIKES WIN IN OT!

The Vikings trailed the Colts 33-0 at halftime.

In this century NFL teams have scored five touchdowns after halftime in roughly three out of every 1,000 games.

“I’ll never forget it as long as I live,” an exhausted Vikes coach Kevin O’Connell said moments after the Vikings outscored the IColts by 36 points the rest of the way to earn a 39-36 overtime victory, capping the largest comeback in NFL history.

The Vikes improved to 11-3 while the Eagles could get to 13-1 today against the Bears.

Even if they tie for best NFC record, Eagles have the tiebreaker because they beat the Vikes 24-7 in September.

What happened at halftime?

“Patrick Peterson said all we need is five touchdowns. I thought he was being sarcastic.” https://t.co/yZBbxY8qxS