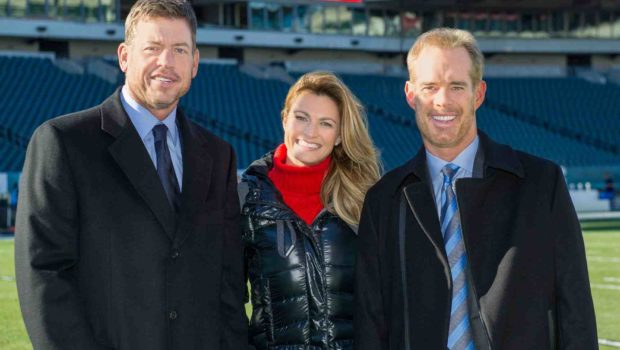 One of the ways Eagles fans judge whether the Birds get respect is the people who are assigned to call their games on TV.

For most of the season, Philly games were left to the tender mercies of the third- or fourth-best announcers on each network.

But on Sunday, when the Eagles play the Bucs, FOX has assigned its first team:

FOX’s only game of the weekend comes in Tampa since CBS received the priority 4:30 p.m. slot in their contract for the extra wild card game, sending Jim Nantz and Tony Romo to Dallas for the Cowboys’ first playoff game on CBS since the 1993 NFC Championship Game. That game will also have a Nickelodeon-themed broadcast in the same manner as last year’s wildly popular Bears-Saints matchup.