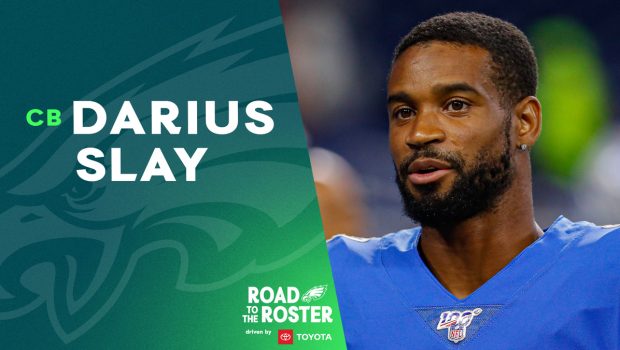 EAGLES GET AN NFC EAST-BEST ‘B’ FOR FREE AGENT MOVES!

They lost out on Byron Jones, but doubled back and landed Darius Slay. Some will argue what they gave up to acquire him from the Detroit Lions — namely a third- and fifth-round pick in 2020 along with awarding him a three-year, $50 million deal with $30 million guaranteed — was an overpay, but what can’t be debated is how Philly instantly filled a dire need in one fell swoop. Slay is not only the Eagles’ instant CB1, he’s one of the best in the league at what he does. Time will tell if his dip in 2019 was simply a failing relationship with Matt Patricia and the Lions or if the 29-year-old is approaching a decline. Until further notice, however, the move was an A+ for the Eagles, even if they had to overpay a bit to make it happen.

They still have work to do in their secondary after oddly opting to release Malcolm Jenkins, but adding Javon Hargrave to their already beefy defensive line on a three-year, $39 million deal is a huge win. Hargrave plus Fletcher Cox is a recipe for terror, and combines with the Slay move to give Philly an impressive early grade after the first week of free agency. Piecemealing the rest of the secondary together (Jalen Mills at safety?) with one-year deals on talent that has proven itself a liability at times won’t cut it though — especially against the wideouts they’ll face in the division (ahem, Cowboys) — and that’s why the Eagles are dangerously close to a C+ here.

That said, they’re also one or two high-value moves away from looking at a solid A.