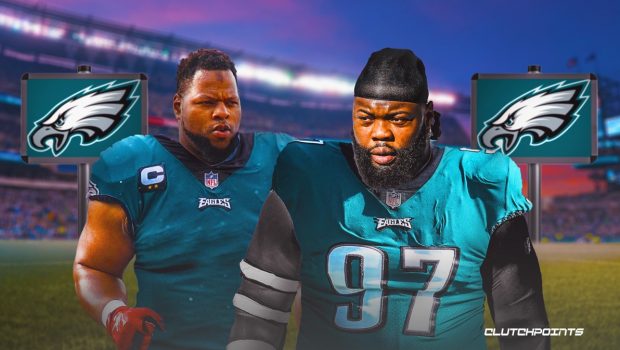 ‘EAGLES GAVE ME A CHANCE, I WANT TO SHOW THE WORLD I’VE STILL GOT IT,’ LINVAL JOSEPH SAYS!

Last week the Eagles added Linval Joseph and Ndamukong Suh, and they keyed the second-half defense that led to Sunday’s 17-16 win over the Colts.

They split a sack of Colts quarterback Matt Ryan and combined to make seven tackles.

After the game, Joseph, who turned 34 last month, said that he felt he “did my job” despite having limited practice time with the team and that he hopes to use the rest of the season as a chance to show the league that he still has a lot left in the tank.

“I’ve been telling people: Age is just a number,” Joseph said, via Mike Sielski of the Inky.

“Coming off the couch, two surgeries, nobody wanted to give me a chance. They gave me a chance, and I want to go out there and show the world I’ve still got it — doesn’t matter how old I am.”

The Eagles needed all the help they could find in order to outlast the Colts on Sunday and the two new arrivals should get plenty of other chances to show what they can do in the weeks to come.