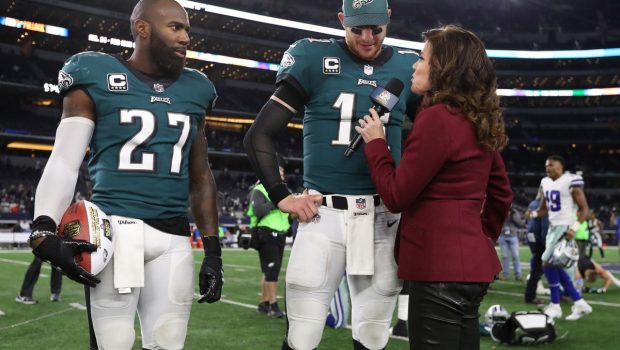 Malcolm Jenkins played with Carson Wentz for four seasons in Philly before spending last year with the Saints:

“As a teammate and friend of Carson, I think that it always starts with performance, and he hasn’t performed up to the expectations that everybody’s had for him,” Jenkins said Friday on “The Rich Eisen Show.” “I don’t think he would say he’s played up to his own expectations, but some of the other issues I felt when I was in the locker room was that there was just too much leeway, and it didn’t make him a better player.’’

Wentz played poorly enough that he was benched in favor of second-round pick Jalen Hurts, who sparked the team. Still, the Eagles finished 4-11-1, and head coach Doug Pederson was fired following the season.

Wentz’s status is unclear heading into the offseason, as he’s still guaranteed around $70 million on his contract.

"Something has to change."

-had to ask #Saints S @MalcolmJenkins about what's going on with his former team and the #FlyEaglesFly QB situation:#NFL pic.twitter.com/CGpBvGqfgI