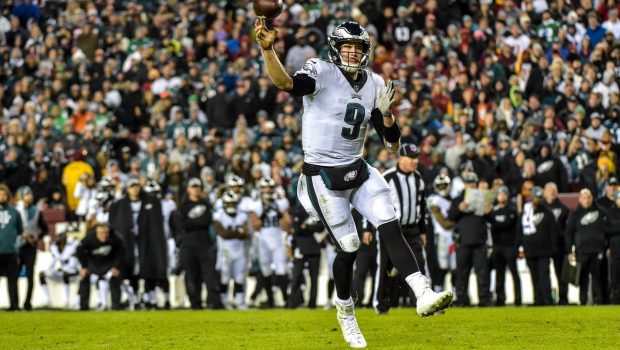 EAGLES FOLES TO JAGS A DONE DEAL? NOT SO FAST, BUCKO!

Although many signs point for former Eagles backup-turned-Super Bowl MVP Nick Foles signing with the Jacksonville Jaguars, a person familiar with the situation expressed caution when asked about such a union.

Speaking on condition of anonymity because of the sensitive nature of the talks, a person told USA TODAY Sports that Jacksonville does indeed have strong interest in Foles.

However, a handful of other teams also have inquired about the quarterback’s services.

The Jaguars and Foles’ camp haven’t yet engaged in contract discussions, and neither has any other potential suitor.

Multiple outlets reported during the weekend that Foles will soon sign with Jacksonville.

However, while speaking to USA TODAY Sports, the person called such reports premature: