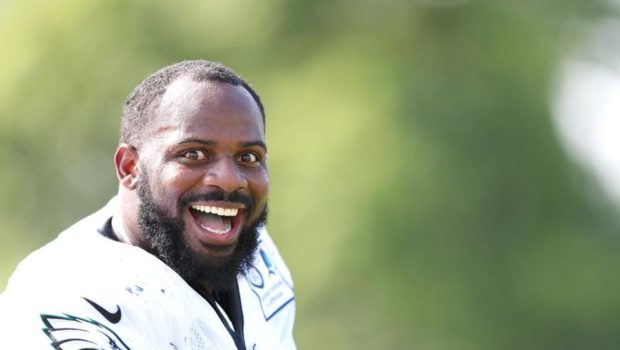 EAGLES FLETCH COX MAKES NO. 2 ON THE NFL’S BEST-DRESSED LIST!

We all know how good Eagles defensive lineman Fletcher Cox has been since he came to Philly after being drafted in 2012.

And Niners QB Brock Purdy will find out for himself Sunday afternoon in the NFC title game.

And The Athletic has added a sartorial honor:

Two things make this suit work so well for the Eagles defensive lineman.

Let’s begin with the main thing, because the second thing couldn’t do the job without it.

Sans the reflective element, this would be a nice suit. Paired with the black dress shirt and black handkerchief, it’s very well put together.

But the reflective material in the clothes is that X factor I like to see in clothes. The second thing is the way the lighting bounces off the suit and makes Fletcher look like the big boss in a TV show — one of those dark and gritty types of series.