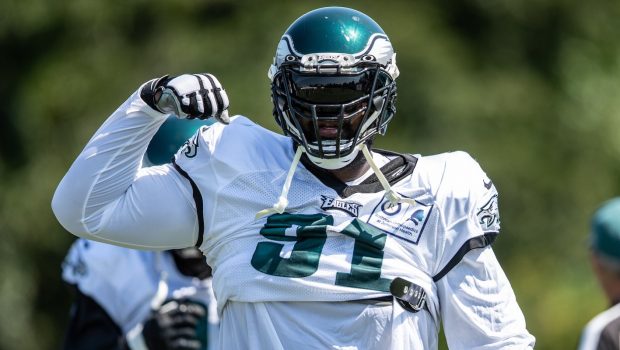 Reagor suffered a ligament tear in his thumb, similar to the one that sidelined quarterback Drew Brees for six weeks last season.

The Cox news is disappointing as the defensive tackle rotation welcomed Javon Hargrave to the mix on Sunday.

Reagor’s absence hurts as the rookie has shown so much promise in the first two games being able to stretch the field deep and make tough catches in traffic.

There are currently only four healthy wide receivers on the roster in J.J. Arcega-Whiteside, John Hightower, DeSean Jackson, and Greg Ward. Alshon Jeffery continues to be sidelined with last season’s foot injury.

The Eagles will also be without safety and special teamer Rudy Ford, who is week to week with a groin injury, this Sunday against Cincinnati.