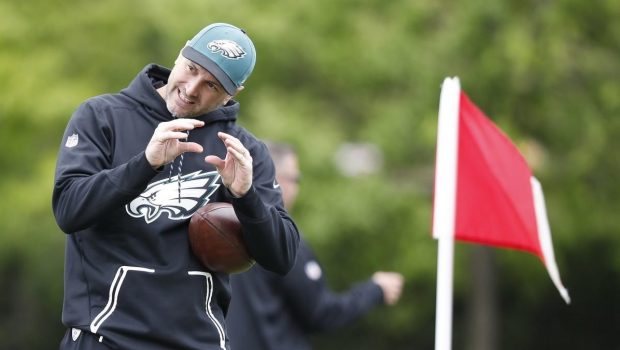 The Eagles fired offensive coordinator Mike Groh following a 9-7 season and first-round postseason exit where the NFC East franchise finished 14th in total yards on offense and 11th in both passing and rushing yards accrued.

Head coach Doug Pederson explained why the Eagles will start 2020 with no offensive coordinator in 2020:

“When we win, we win as a team. Again, it’s not about one guy getting the credit,” Pederson said. “I feel like this is the best structure for us, for me as the play caller. Because there’s times when I get pulled in a lot of different directions and I gotta lean on [quarterbacks coach and passing game coordinator] Press [Taylor]. And I’m going to have to lean on [offensive assistant] Rich [Scangarello] and [offensive line coach and running game coordinator] Jeff Stoutland and the guys to really pull the game plans together and really give me the information that I need as we prepare for games.”

Groh, who had been with the organization since 2017 and had previously coached on the staff of the Los Angeles Rams and Chicago Bears and college football’s Alabama Crimson Tide, was fired. Groh joined the Indianapolis Colts as a wide receivers coach for the upcoming 2020 season.