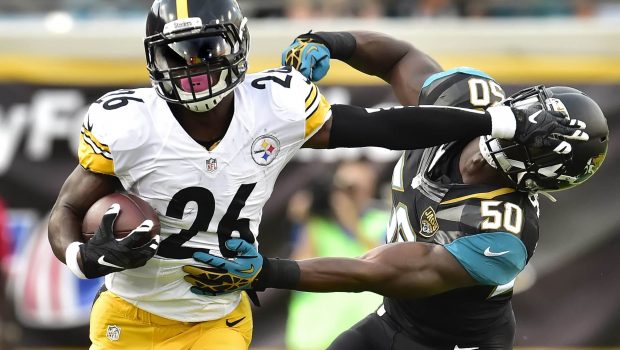 The Eagles may not be considering a run at Bell, but if they want to win the Super Bowl again again, their running game must get up to speed with the rest of the team. After losing Jay Ajayi to a torn ACL, the already-putrid running game took a bigger hit, and it has yet to show any improvement.

Bell would provide an immediate solution to that issue, and he’s be working behind an elite OL. Bell also would give them a great receiving back to pair with Carson Wentz. In many ways, the Eagles’ offense is similar to the Steelers’ and it would be an easier transition for Bell to make than with most other teams in the league.

As for Ronald Darby, the Steelers get the coveted CB2 they’ve been looking for, and he fits like a glove into this system. Not only is he a good man-coverage corner who can be physical, but he has good ball skills. This aspect of his game is something that no Steelers’ CB has outside of Joe Haden and Mike Hilton. This would also end the turmoil of the cornerback discussion and would boost the Steelers to new heights. The Steelers already have James Conner waiting in the wings, so parting with Bell isn’t a huge deal. The fourth-round pick is the compensation the Steelers expect to receive for trading an elite RB in Bell, and it ties the bow together rather nicely. This looks good for both sides: