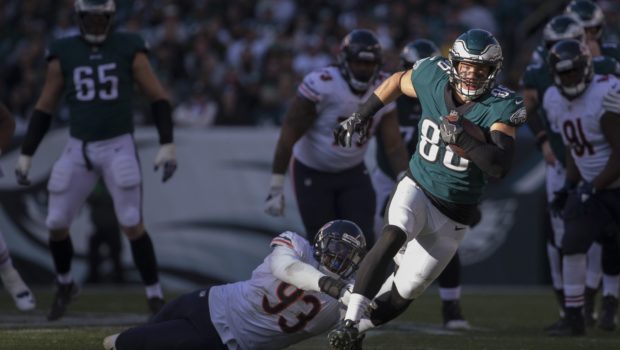 EAGLES FAVORED AT SEAHAWKS: TAKE THE 6 AND THE CANNOLIS!

They have taken their game to another gear in the last four games in which they have outscored opponents, 152-45; outgained them in total yardage, 1,526-829; and forced 10 turnovers while committing five.

A bad day is unlikely against the injury-depleted Seahawks (7-4, 55 percent chance of making the playoffs), even in Seattle.

Nothing quiets the raucous crowds at CenturyLink Field quite like the team’s secondary being burned for deep touchdowns, and Carson Wentz will have his full array of receiving options available to pick apart a unit that is without Richard Sherman and Kam Chancellor.

Shaquill Griffin is expected to return after a concussion, but he and Jeremy Lane will have a hard time containing Alshon Jeffery and Nelson Agholor, which should open up the middle of the field for Zach Ertz (above).