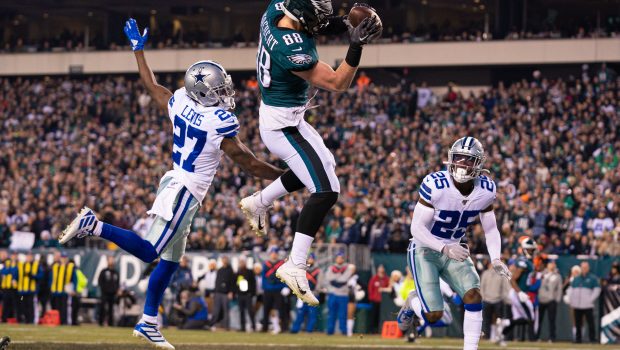 EAGLES FATE WON’T BE DETERMINED TILL JAN 9 VS. COWBOYS!

With yesterday’s loss to the Giants, the Eagles fell to 5-7, 2 1/2 games behind the first place Cowboys in NFC East and still in the hunt for a Wild Card playoff spot.

Young quarterbacks are up and down, and I’d have told you before Sunday in East Rutherford that Jalen Hurts has a chance to stave off the front office from going quarterback-shopping in the offseason.

But Hurts leads an offense that averaged 34.5 points a game in the previous four. His run ability helps.

This also helps: Four of the last five games for the Eagles are against teams under .500.

Imagine a win-and-in home game to close the season against the Cowboys, with Hurts’ future on the line.