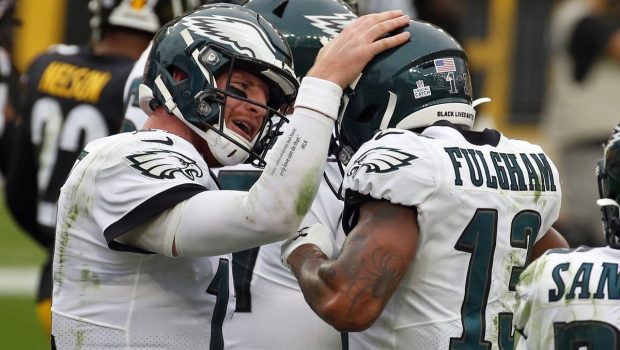 Eagles quarterback Carson Wentz is having the worst year of his five year career — 12 pick and four lost fumbles in eight games.

But he’s still worth a fantasy spot this Sunday against the Giants at MetLife.

Wentz has scored over 30 fantasy points in two of his last three games — including once against the Giants — and will benefit from the return of Miles Sanders, Alshon Jeffery and potentially guard Isaac Seumalo.

Jalen Reagor saw three end-zone targets and a solid chunk of air yards in his most recent game action, so he’s worth a shot in a matchup that favors him as the team’s No. 2 wideout.

Travis Fulgham will most likely draw the tougher matchup against James Bradberry, which means Reagor would see more of Giants backup cornerback Issac Yiadom. Yiadom has allowed the fifth-most fantasy points per route run and the sixth-most yards per route covered. 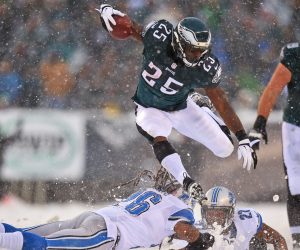