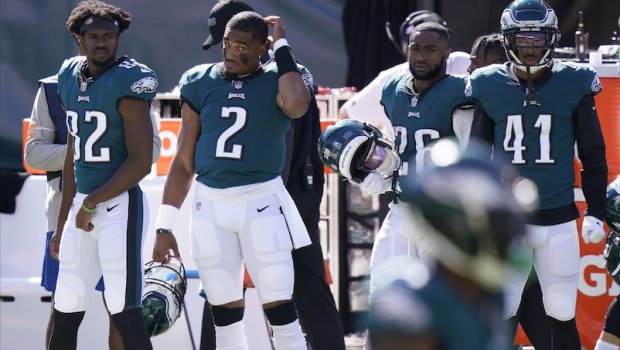 While talking to Jeff Skversky of 6ABC, ‘Jaws’ gave some insight into the Eagles troubles and believes that an expanded role for Hurts in specific situations is something Doug Pederson should ponder.