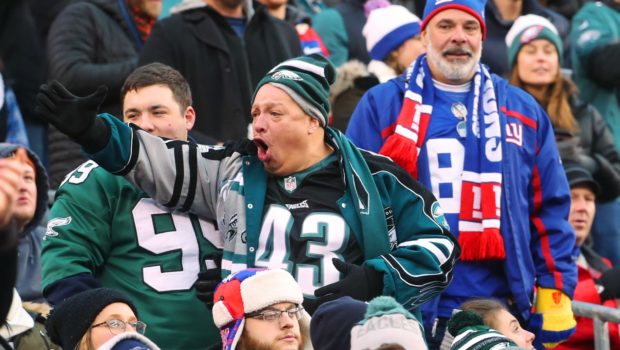 So says Gary Myers of the New York Daily News:

The cheesesteaks, soft pretzels with mustard and the famed Rocky statue were in Philly but otherwise MetLife Stadium was made to feel like home sweet home for the Eagles.

It was not even a hostile takeover as so many Giants fans were happy to recoup part of their season ticket money in a lost season. They bailed on their team that has won only two games and sold their tickets to Philly fans willing to schlep up the Jersey Turnpike.

If the Eagles were wearing their green jerseys and Odell Beckham Jr., was around to impersonate a dog peeing in the end zone, it would have been The Linc.

It was that loud. There was that much green in the stands.

The Giants were supposed to be Super Bowl contenders and with three December home division games, MetLife was going to be a hot ticket. Instead, the ticket was colder than the weather and colder than the Giants have been all season.

Even though the Giants are now 2-12 and the Eagles are 12-2, Giants fans gave away to keys to their kingdom: