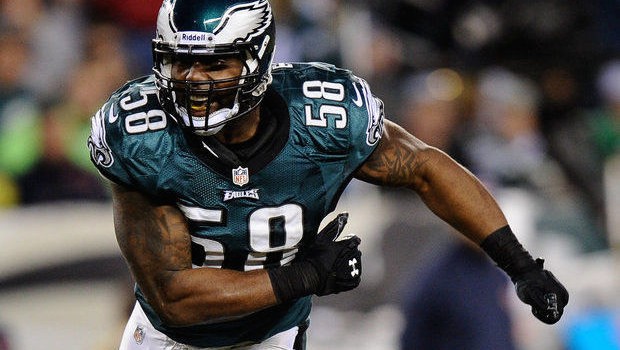 Even though Trent Cole and the Eagles weren’t able to restructure his contract so that the fan fave could stay in Philly, it appears the defensive stalwart will have a couple of options for 2015 employment.

The Tampa Buccaneers were quick to show interest in former Eagles pass-rusher Cole.

But they’re far from his only suitor.

According to Greg Auman of the Tampa Bay Times, the Indianapolis Colts want to bring Cole in for a visit if he leaves Tampa today without a deal.

The Colts have cap room to make moves, and need to add pass-rushers in the worst way, though Cole has been better as a 4-3 end than as a stand-up outside linebacker in a 3-4.

Of course, the Bucs also have the opportunity to keep him from making that trip, if they throw enough money his way.