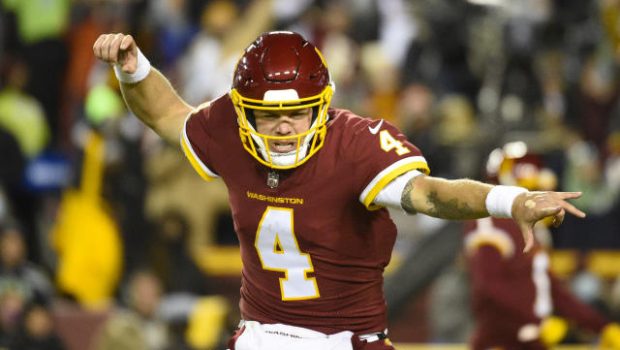 EAGLES FALL BEHIND WFT, A 17-15 WINNER OVER SEAHAWKS

Taylor Heinicke completed 27-of-35 passes for 235 yards, one touchdown, and one interception in Washington’s 17-15, win over the Seahawks.

Heinicke rushed for just three yards on four attempts, including a couple kneel-downs. His lone touchdown pass was a 10-yard hookup with J.D. McKissic in the first half.

Heinicke appeared to have a second touchdown late in the fourth quarter, but the four-yard score to Logan Thomas was curiously overturned after initially being called a touchdown.