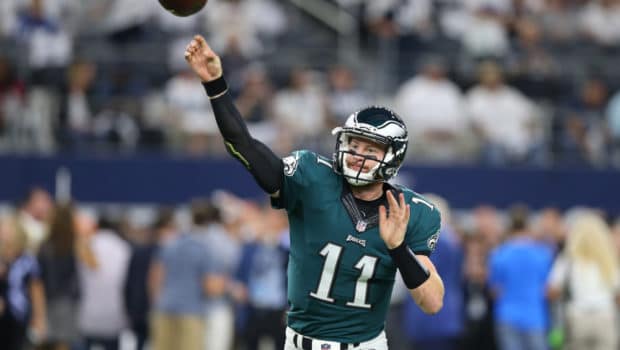 EAGLES-FALCONS ON SUNDAY: TIME FOR WENTZ TO STRETCH THE FIELD!

Key to the game: The Eagles’ recent woes can be linked to the declining performance of rookie QB Carson Wentz, who has thrown four of his five interceptions in the last three games, including two against the New York Giants that led to early TDs in a 28-23 loss. He was the league’s second-most accurate passer over the first five games. It might be time for coach Doug Pederson to open up the playbook and ask Wentz to stretch the field in the vertical passing game.