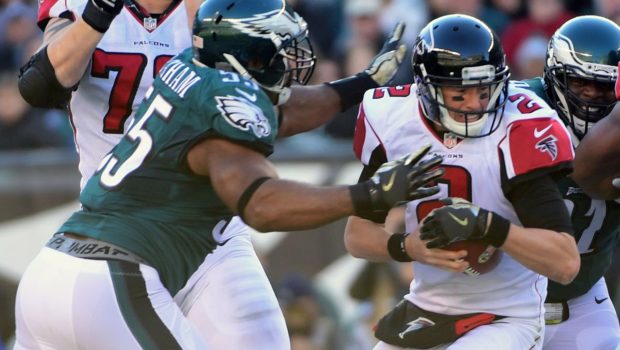 TOMORROW’S EAGLES-FALCONS: EVERYTHING YOU NEED TO KNOW!

In case you hadn’t heard, the Eagles are returning to the NFL playoffs tomorrow for the first time in four years when they meet the Falcons at the Linc at 4:30 pm.

NBC will broadcast the game. Al Michaels will handle the play-by-play duties and Cris Collinsworth will provide analysis. Michele Tafoya will report from the sidelines.

Calling the game on 94 WIP and the Eagles Radio Network will be Merrill Reese and former Eagles All-Pro wide receiver Mike Quick. Rickie Ricardo, Gus Salazar, and Maria Berral will handle the broadcast in Spanish on La Mega 105.7 FM and the Eagles Spanish Radio Network.

John Sadak (play-by-play) and Tony Boselli (analyst) will call the game for Westwood One’s broadcast. Ross Tucker will report from the sidelines.