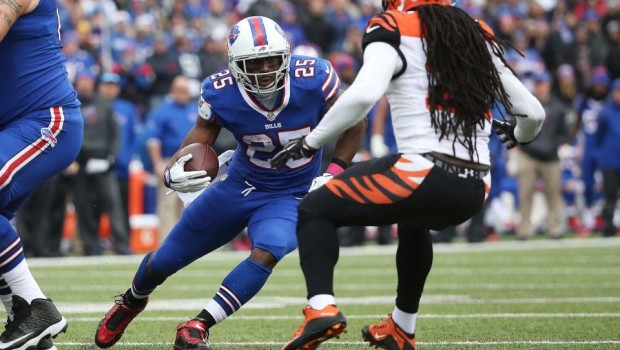 EAGLES FACING CAST-OFF MCCOY, WHO HAS HAD A JAM-PACKED 2015!

No matter what you think about ex-Eagles running back LeSean McCoy, you have to admit he has had a jam-packed 2015:

On and off the field!

And on the verge of the Buffalo Bills coming to the Linc to test the Eagles this Sunday, let’s see how Shady has done since being traded to the Bills for linebacker Kiko Alonso..

• In an interview with ESPN magazine published in May, McCoy said Eagles coach Chip Kelly “got rid of all the black players.” McCoy said his relationship with Kelly, who replaced longtime Eagles coach Andy Reid, was “never really great” but that McCoy “respected him as a coach.”

• Days before Bills players reported to training camp in July, McCoy’s official Instagram page posted a photo inviting women to a females-only party in Philly, in which women attending would need to sign a confidentiality agreement.

• A joint training camp practice with the Cleveland Browns took a turn for the worse when McCoy pulled up with a hamstring injury and limped to the locker room. The injury cost McCoy the rest of the preseason and continued to linger through the first few weeks of the season. He re-injured his hamstring before Week 3, and, after an ineffective outing in Miami, he took the next two games off to rest. McCoy returned to the lineup in Week 6 and has the fourth-most rushing yards (646) in the NFL since that game.

• McCoy has rushed for 112 yards in three of his past five games, all Bills wins, against the Dolphins, Jets and Texans. Over that five-game span, only Adrian Peterson (549) and Doug Martin (521) have gained more rushing yards than McCoy (488), and only Peterson has gained more combined rushing and receiving yards (631) than McCoy (614). Last Sunday, McCoy helped the Bills reclaim a late lead with a 20-yard run in the fourth quarter.

• It was a side note to the stunning trade that sent him to Buffalo, but the Bills’ extension with McCoy was a critical factor in getting him settled in town. ESPN’s Josina Anderson reported that, before signing the deal, McCoy was “frustrated” and “[was] not going to make it easy.” The contract included $26.5 million in guaranteed money, the most of any current NFL running back deal.