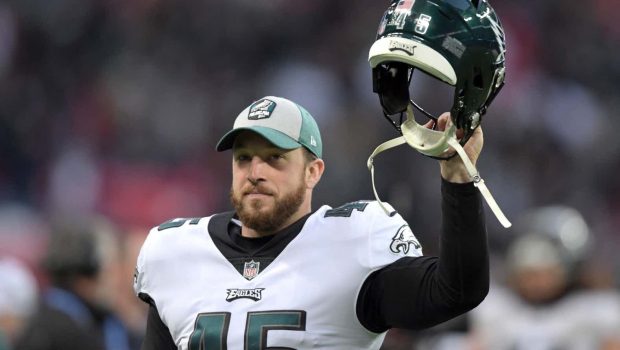 The Eagles have signed long snapper Rick Lovato to a four-year contract extension that will run through the 2023 season, and they are teeing up two or three others..

Last Monday, right guard Brandon Brooks, 30, received a four-year contract extension, a deal worth $54.2 million with $30 million of that guaranteed. The contract will keep Brooks in Philly through the 2024 season.

Johnson could be the next lineman in line for a new deal. Now 29, Johnson was given a five-year extension on Jan. 29, 2016, and he has gone on to prove that he is one of the league’ best right tackles.

Since signing the extension, Johnson has restructured it in order to save the Eagles room on the salary cap. He has cap hits of more than $13 million in each of the final two years of his deal.

Jenkins’ contract situation is tricky since he will turn 32 on Dec. 20 and hasn’t always seemed to play up to his Pro Bowl ability this season. He held out of the Eagles’ voluntary OTAs this past spring to make a statement about his contract, which runs only through next season.

Several safeties were rewarded handsomely during this past free agency period, pushing Jenkins way down the list of the highest paid safeties in the league.

Jenkins has been one of the league’s best safeties and an invaluable member of the Eagles’ defense, starting all 89 games since he arrived in Philly as a free agent in 2014. He has played just about every defensive snap in that time, too.

The Eagles restructured Jenkins’ contract on Sept. 3, 2018 to create more than $6 million in salary cap room.

As for Ertz, general manager Howie Roseman gave him a five-year contract extension on Jan. 25, 2016 worth $42.5 million and the move has worked out well. Ertz has gone on to become one of the NFL’s top tight ends, setting a league-record for most receptions in a single season last year with 116. The deal still has two years left to run with two big salary cap hits the next two years of more than $12 million in 2020 and 2021.