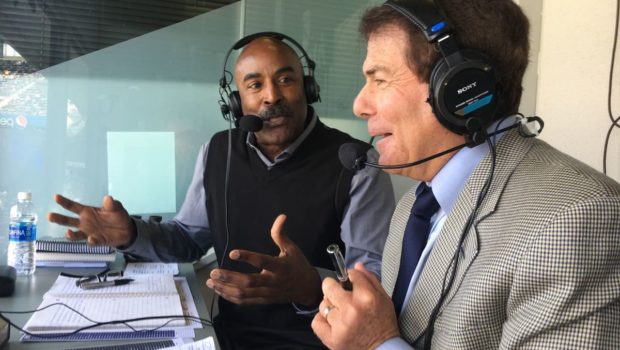 Sorry Sixers, the Eagles are still the hottest team in town.

And WIP has moved to keep their radio business until 2024.

The Eagles and Entercom Communications, which now owns 94WIP, today announced a new partnership through the 2024.

“It is with the great pleasure and pride that I announce, with Don by my side, that WIP will be the home of the Philadelphia Eagles for another seven years, through the 2024 season,” said Field.

“There’s a tremendous history between the Eagles and this radio station and Philadelphia,” Smolenski said. “This takes the relationship to more than 30 years, which runs the entire gamut of Jeffrey Lurie’s ownership.”

The voice of the Eagles Merrill Reese, Mike Quick, and sideline reporter Howard Eskin will continue to call the Eagles games on 94WIP.

Entercom announced their merger with CBS RADIO last week. The deal makes Entercom the second largest radio station owner with 244 stations in 47 markets, including 23 of the top 25.