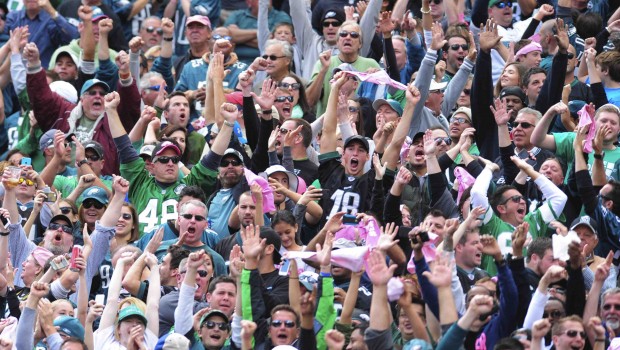 EAGLES AND ESPECIALLY THEIR NATION CAN’T WAIT FOR TRAINING CAMP!

There is no way around it.

Starting next Sunday, August 2, at the NovaCare complex all the words that have been written, spoken, shouted and spouted about the 2015 Eagles and Chip Kelly will mean nothing.

Because training camp is where the action will be.

This comes after Kelly overhauled the roster in the offseason, becoming just the fifth returning coach since 1970 to change his No. 1 quarterback, leading rusher and leading receiver from the prior season.

Quarterback Nick Foles was traded to the St. Louis Rams for Sam Bradford, who had reconstructive knee surgery in each of the two previous seasons. All-pro running back LeSean McCoy was shipped to the Buffalo Bills and replaced with former Cowboys back DeMarco Murray, while receiver Jeremy Maclin was lost via free agency to the Kansas City Chiefs after a 1,318-yard, 10-touchdown season.

Only one team made the playoffs after such massive changes—the 2006 New Orleans Saints. But Sean Payton was a first-year head coach and had successfully wooed free-agent quarterback Drew Brees.

Conversely, Kelly is in his third year in Philly, winning 10 games in each of his first two seasons. Only Brian Billick of the 2002 Ravens switched all three starters after a winning season and Baltimore subsequently slipped to 7-9.

Kelly’s former starters all had great success in his unconventional, up-tempo offense. Foles led the NFL in passing in 2013 before getting injured in the eighth game of the 2014 season against the Houston Texans.

Maclin had a breakout 2014 after missing the prior year with injury. Jordan Matthews, who the Eagles selected in the second round in the 2014 draft is expected to step in as the team’s top receiver. As a rookie last season, Matthews caught 67 passes for 872 yards, with eight touchdowns.

Billick had a bit of leeway as the Ravens had won the Super Bowl following the 2000 season. But the other returning coaches—Buddy Ryan (1995 Cardinals), Kevin Gilbride (1998 Chargers) and Ted Marchibroda (1998 Ravens)—were all gone by the following season and never held a head coaching job in the NFL again.