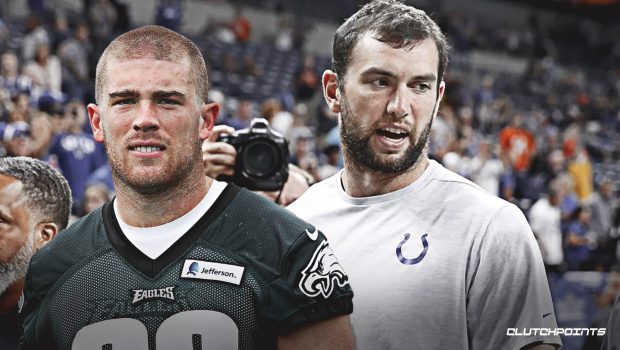 So when the Colts QB announced Saturday that he was done with football, Ertz was moved:

“Saw a very emotional Andrew,” Ertz said. “It was emotional watching it for me knowing him so personally and knowing how much he loves the game of football. … I’m proud of him, for sure. It’s not an easy decision to make, but this game is tough as it is, and it’s impossible to play if you’re 50 percent in and 50 percent out. It’s not good for yourself, it’s not good for your team. At the end of the day, I’m proud of him. I’m happy for him. It feels like he’s at peace with this whole thing, and that’s all I care about.”

Luck has dealt with a multitude of injuries that have hindered his playing career. After making a return in 2018 after missing the 2017 season, Luck was struggling with calf and ankle issues during training camp.

As a result, Luck said he previously made a vow to himself to step away from the game if his body ever gave on him—as it did in 2016. It’s nice to see Luck putting his well-being ahead of risking further injury.

In the end, as Ertz said, it feels like he is at peace with his decision. Above all, that is what really matters in this situation.