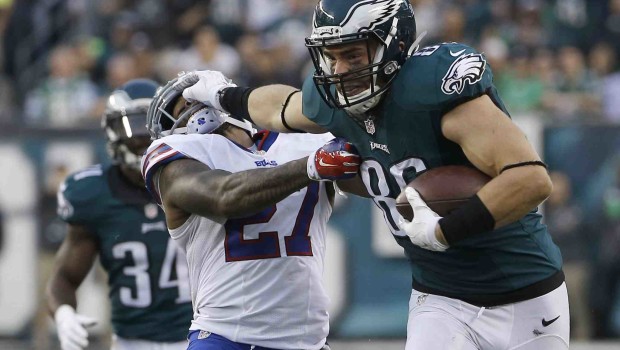 EAGLES’ ZACH ERTZ PREPARES FOR ANOTHER DECEMBER TO REMEMBER!

There is growing pressure on Eagles tight end Zach Ertz.

Ertz has caught 216 passes in 57 career games, which is way lower than was expected a for a player who was seen as a potential breakout weapon.

And Eagles fans are very familiar with:

Ertz does most of his heavy lifting in the final month of the season.

Simply put, Ertz is a substantially better at football in December.

Here are his per-game numbers:

And here are his total stats:

Ertz has caught seven of his 11 career touchdown passes in December, nearly double the first three months of the season.

He makes more catches per game in December than in September and October combined.

He only has four touchdowns in 42 games during September, October, and November combined.

The best part of breaking Ertz’s numbers into per-game figures, as we did in the first table above, is that we don’t have to worry about the numbers getting skewed due to weeks or months of his career when he may have missed games due to injuries.

However, what’s interesting about the raw numbers is that, after the Eagles’ Week 13 loss to Cincinnati, he’s played the same number of games (15) in December as in November and October.