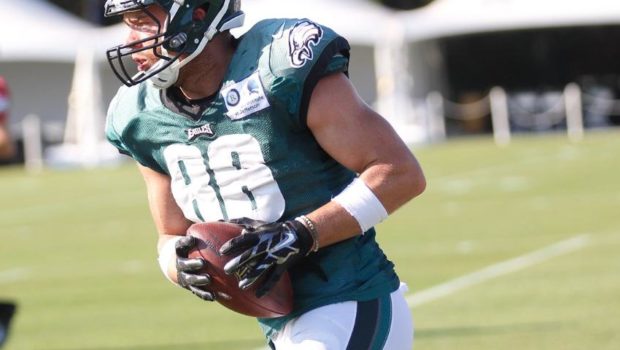 EAGLES ERTZ AND MCKELVIN DINGED UP, MAY MISS BEARS NEXT MONDAY

The Eagles didn’t escape yesterday’s 29-10 victory over the Browns unscatched.

Tight end Zach Ertz (above) and cornerback Leodis McKelvin both suffered injuries that could keep them out of the team’s next Monday night game against the Chicago Bears.

Ertz suffered what head coach Doug Pederson called “a displaced rib under his collarbone”. McKelvin has a strained hamstring. Pederson said both players were “week to week.”

If Ertz, who caught six passes for 58 yards in the win over the Browns, cannot play, veteran Brent Celek would get more time and No. 3 tight end Trey Burton would also see a lot of work.