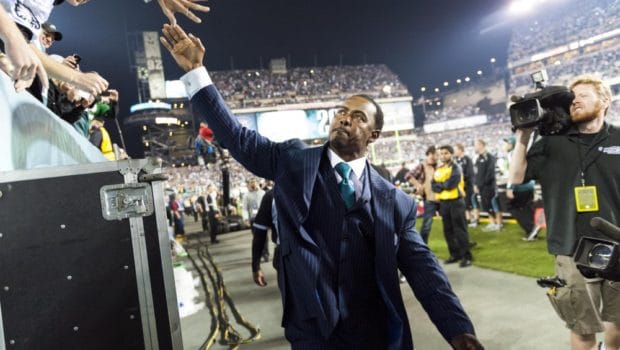 Say this about the Eagles:

They realize they have two problems — bad boys Dorial Green-Beckham and Rueben Randle — who need shaping up in the area of attitude, and they moved quickly to:

Hire the great Brian Dawkins on a full-time basis as a football operations executive. In this role, Dawkins will work with all aspects of the player personnel and player development departments.

A safety who captivated the city with his relentless motor and passion for the sport, Dawkins guided the team’s defense for 13 seasons, rounding out his Eagles career in 2008 as the franchise’s all-time leader in games played (183) and interceptions (34).

A second-round pick out of Clemson in 1996, Dawkins was recognized as a member of the NFL’s All-Decade Team of the 2000s, was voted the starting safety on the Eagles’ 75th Anniversary Team by the fans and was a five-time All-Pro nomination.