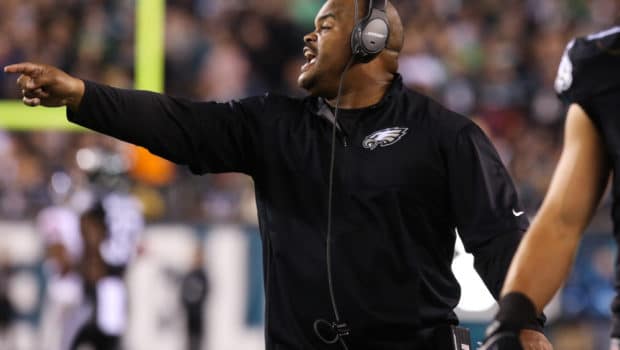 EAGLES’ DUCE STALEY WILL BE A SUPERSCOUT AT SATURDAY’S SHRINE!

The NFL talent scouts will be out in force this Saturday in St. Pete for the annual East-West Shrine game.

And the Eagles will get an inside view.

Running backs coach Duce Staley will be the offensive coordinator for the East team.

“It’s a good opportunity for me to be in that role among some guys who I know,” Staley told 247sports. “I’ll be able to learn a lot as far as what offensive coordinators go through on game day, the week leading up to the game.

“You can talk about being in those shoes, but you don’t know it until you are. It’s something that you figure out along the way, but once again, it’s football. You take the good and the bad, you learn from it and move on.”

The Eagles coaching staff will also have assistant quarterbacks coach Press Taylor at the Shrine week practices. He will work with the quarterbacks for the East team. Assistant defensive backs coach Dino Vasso will also be a part of the staff.