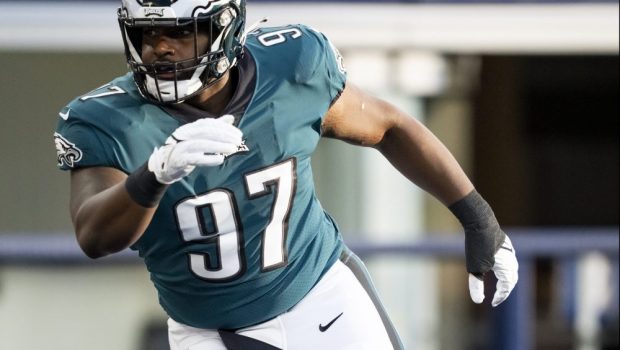 The NFL validated what Eagles fans have known for months:

Hargrave was named to replace Packers defensive lineman Kenny Clark, who is unable to play in the game due to injury.

It is the first time that Hargrave has been selected to play in the all-star game.

Hargrave is coming off a career year, one in which he recorded personal bests in tackles (63), tackles for loss (9), and sacks (a team-best 7.5). Hargrave ranked seventh among all NFL DTs in sacks this past season. Pro Football Focus graded Hargrave as the second-best pass-rushing interior defensive lineman in the game behind only annual All-Pro Aaron Donald.

“I think I had one of my best seasons so far in my career,” Hargrave said the day after the season ended. “As far as the defense, we kept growing as the season progressed and just kept getting better. Some of the young guys developed and got better and contributed. We got better as a unit.”

Signed as a big-ticket free agent in the 2020 offseason after four years with the Steelers, Hargrave battled through some early-season injuries to become the third-best pass-rushing interior defensive lineman, according to Pro Football Focus, from Week 8 through the remainder of his first year with the Eagles.