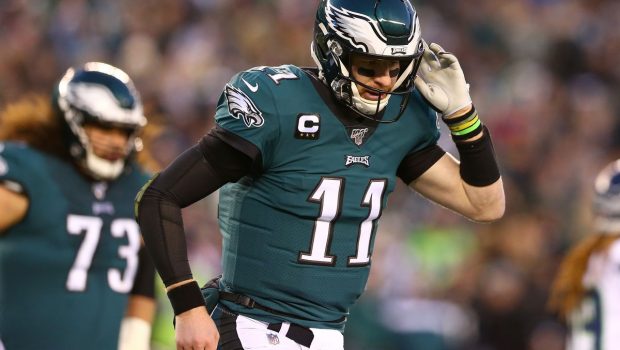 EAGLES GOT A QUALITY BACK-UP FOR WENTZ: CUE THE PHONY OUTRAGE!

Fans blessed to have a franchise quarterback irrationally losing their minds when their team drafts (gasp) another quarterback is one of the dumbest draft weekend traditions, says NFL.com’s Gregg Rosenthal.

Quarterback value is so out-sized in the NFL that smart teams (like the Patriots and Saints) put a premium on their backup spot even when they have all-time greats at the position, whether it’s in free agency or the draft. After Michael Vick’s near-MVP season and Nick Foles’ Super Bowl MVP, you’d think the Eagles fans would appreciate the value of a backup quarterback.