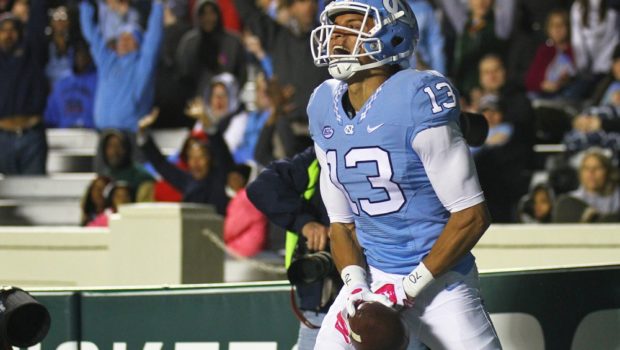 EAGLES DRAFT GRADES OUT WITH AN A-MINUS!

After devoting their free-agent resources to offense, the Eagles committed their draft capital to defense. Barnett gives theEagles one of the best pass rushers in the draft. He is a “Call of Duty” player — that is to say, he has exceptional hand-to-hand combat skills — with the potential to be a double-digit sack producer as a rookie. Jones isn’t expected to make a major contribution as a rookie, due to his lengthy recovery from a torn Achilles tendon suffered at his pro day in March. If he fully recovers, he gives the Eagles a Pro Bowl-caliber corner on the island. Mack Hollins (above) is a slick vertical pass catcher with A-plus skills as a special teams demon. He could blossom into an impact player in that underrated phase of the game. GRADE: A-