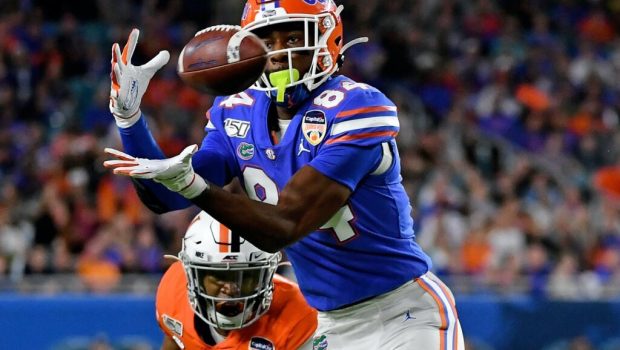 The trade of Carson Wentz might open the door to an early pick of a quarterback, but in this scenario, GM Howie Roseman and new head coach Nick Sirianni will find a veteran free agent to compete with or complement 2020 second-round pick Jalen Hurts.

The team has a need at the tight end position, as Zach Ertz is not expected to return and Dallas Goedert is a free agent after next season, but this could simply be a case of the Eagles picking the best available player.

Pitts possesses the size, speed and insane catch radius to be a real force.