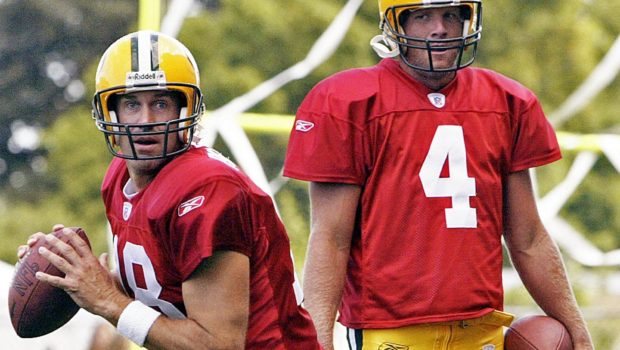 EAGLES DOUGIE P’S GOT PACKER PAL FAVRE IN FOR A PEP TALK!

Pro Football Hall of Fame quarterback Brett Favre, who played with Pederson when both were in Green Bay, will address the team on Saturday morning at the team hotel.

“I’m excited to hear him,” defensive end Brandon Graham said. “He’s a winner. Won a Super Bowl and he played the game with a lot of heart. I want to hear what he has to say.”

Pederson has had motivational speakers address his team throughout the season – the most recent was former Los Angeles Laker Kobe Bryant prior to the December 10 game against the Rams – and is always searching for entertaining and meaningful messages for the players.

“I’m pumped,” tight end Zach Ertz said. “He was a great quarterback that we all watched when he played. He was a great player and he played with a lot of emotion and enjoyed the moment. I think it’s going to be cool to hear him. I’m going to be all ears and take it all in.”

Said offensive tackle Lane Johnson: “I loved watching him and I’m excited to hear from him. I know he’s got a lot of personality and if Coach wants him here and believes in him, it’s going to be a lot of fun to hear what he has to say.”