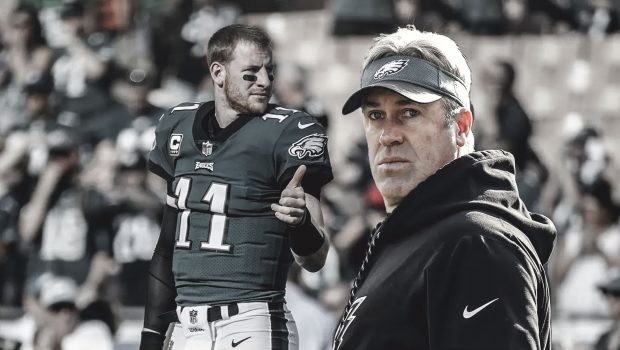 Eagles coach Doug Pederson is an ex-quarterback who loves his present quarterback.

The last two years have taken a toll on Carson Wentz’s body, but the team still signed him to an extension this offseason and Pederson heads into the season focused on the positive things Wentz can accomplish.

“This is also a great opportunity for Carson, to really regain the type of player he is to what we saw in 2017, and really what we saw in 2018 when he was playing,” Pederson said, via Zach Berman of TheAthletic.com. “He is a tremendous competitor. He is a tremendous leader, and quite frankly, I don’t think a lot of that bothers him. He just moves on. He is excited for this new season. It is a new team, there are new guys around him. He is energized, he feels good and I am just excited for that.”

Pederson said the team’s offseason work was “rejuvenating” and that he’s pleased to have continuity after last year saw a lot of change to the coaching staff in the wake of a Super Bowl title.