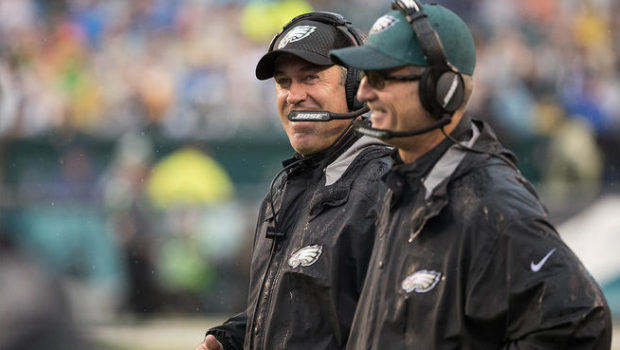 Eagles coach Doug Peterson is playing golf in Nevada this week, so naturally he had to make a bet.

According to the Indianapolis Star, Pederson made a friendly wager with his former offensive coordinator and current Colts coach Frank Reich during this weekend’s American Century Celebrity Golf Championship.

If Reich wins on the course, Pederson will donate to Ascent 121, an Indiana-based group that helps for teen survivors of sex trafficking. If the Eagles coach wins, his former assistant will donate to the Eagles Autism Challenge.

Such golf bets are nothing new to Pederson, who also hustled a donation out of Saints coach Sean Payton at the tournament last year.

Pederson also won the right for his team to wear the Eagles’ green home jerseys in New Orleans, as a result of a separate bet with Payton during a golf outing at the owners meetings.

For the record, Pederson and Reich are even 100-1 odds to win at the tournament.