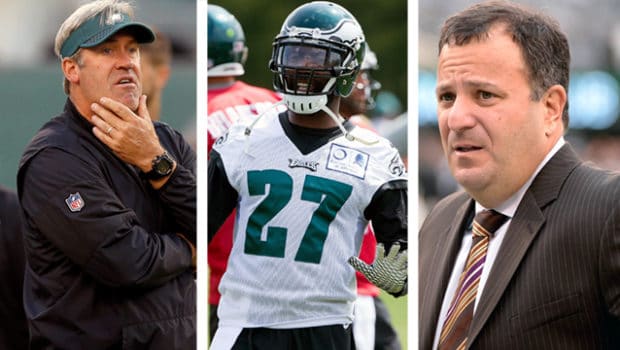 So says Peter King on NBC’s Football Morning in America:

The week before the 2017 season, Mike Lombardi, a long-time NFL front-office man who was working for The Ringer, wrote about Pederson:

“Everybody knows Doug Pederson isn’t a head coach. He might be less qualified to coach a team than anyone I’ve ever seen.”

That got a ton of attention last year when Pederson was on the road to winning the Super Bowl.

Pederson, in the book, says Lombardi wrote him a letter during the playoffs last season. “It was written on a typewriter, and was about three paragraphs long,” Pederson writes.

“The letter said, ‘The first rule of any informed opinion is to never began with the end in mind. And I violated that rule. For that, I extend my sincere apology.’ I was appreciative, and at least it showed he was man enough to admit he was wrong.”

Then this: “After the Super Bowl, the possibility of writing this book came up. One of the interested companies thought Lombardi would be a great co-author and submitted an offer. I said, respectfully, ‘No thanks.’ “

And now you know the rest of the story.

FMIA: With or Without Laces, Jon Gruden Just Wants to Compete