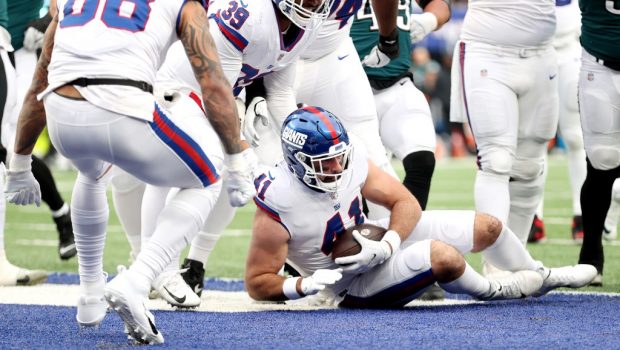 Safety Xavier McKinney got New York’s third interception midway through the third quarter, shortly after the Giants went ahead 10-0 on a 1-yard pass from Daniel Jones to tight end Chris Myarick, a Cheltenham native who was making his first career catch.

“It would have been just as sweet against any team,” said Myarick, who played at Temple. “I mean, I didn’t really put too much being from Philly and growing up in Philly, I really didn’t put too much of that going into this game.”

THAT'S WHAT WE'RE TALKING ABOUT!