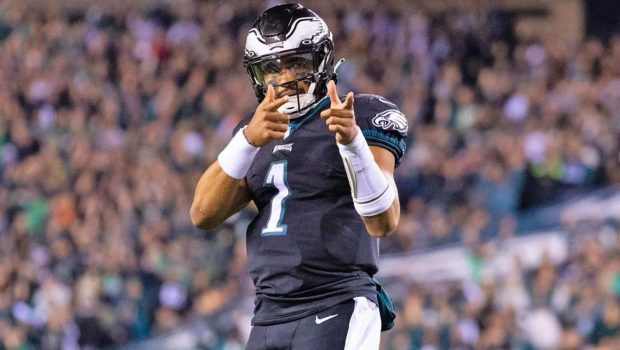 The Eagles earned home-field advantage and a bye to the divisional round, so they won’t play until Jan. 21 or 22, giving Jalen Hurts more time to recover from his shoulder injury.

The Birds will host the lowest remaining seed, which could be the Buccaneers, Cowboys, Giants or Seahawks.

The Eagles went 3-1 against their potential NFC East foes, splitting with the Cowboys and sweeping the Giants. They lost to Tampa Bay in the wild-card round last year.

#Eagles HC Nick Sirianni said that QB Jalen Hurts “wasn’t perfect in terms of how he felt” from the shoulder strain.

FEW TEAMS IN HISTORY HAVE GOTTEN TO SUPE AS EASILY AS EAGLES!