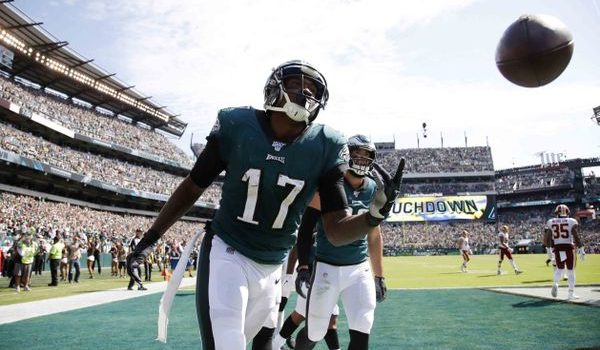 Before these moves Philly had the worst cap situation in the league, with a projected $70M deficit against the 2021 cap. The move reduced the base salaries for both to give some immediate flexibility, but the agreed upon arrangement will force the Eagles to either cut the players or negotiate new deals with them.

As Mike Garafolo of NFL Network tweeted, the expectation is that Philly will move on from both players, so they aren’t actually going to play 2021 at these reduced salaries, and the restructures are more of a procedural move. It’s a win for the Eagles and also lets the players know their futures sooner so they can plan accordingly and hit free agency with everybody else instead of being left looking for a new team closer to the start of next season.

The Eagles signed Jackson to a three-year, $30M pact in March 2019, and it was immediately derailed when he suffered a foot injury in the first game of that season that knocked him out for the entire year. He returned to play in 15 games this year but only played around half the defensive snaps and not at a high enough level to warrant his hefty salary. The 2012 fifth-round pick of the Broncos had a few really good years with the Jaguars and is still only 30, so there will be interest.

Just to be clear here, the expectation is the #Eagles are moving on from both players. This allows them to carry less salary on their books until the June 1 dumping ground. So that's the cap flexibility I mention below. https://t.co/b9Adz8Ul0N