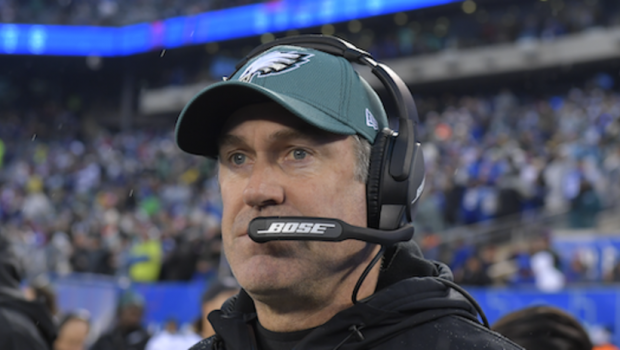 Eagles tight end Zach Ertz (ribs, back) has been a limited participant in practice this week.

“He is still not cleared for any contact,” coach Doug Pederson said today. “He will work a little on the side, like he’s done this week. We’re waiting on a few doctor results tomorrow (Saturday). If things go favorable, he’ll play and if they don’t, he won’t.”

All-Pro tackle Lane Johnson has been out since leaving the Week 14 win over the Giants early with an ankle injury. After not participating in practice for the last three weeks, Johnson saw limited action on Wednesday and yesterday. Pederson praised Johnson’s desire and dedication to be on the field for Sunday’s game.

Rook running back Miles Sanders has not participated in practice this week due to an ankle injury. Sanders had to exit last week’s Giants game early in the second quarter due to the injury and did not return. Prior to his injury, he recorded 52 rushing yards on nine attempts.

“Miles is good,” Pederson said. “He’ll get in some work today, see where he’s at. He’s been feeling good.”