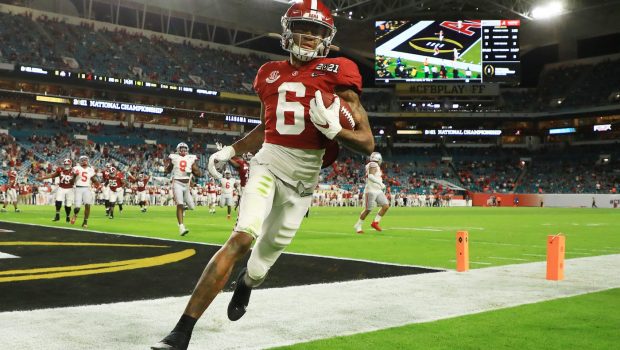 All of Eagles Nation is dying to see how the Birds do tomorrow at Atlanta, as Jalen Hurts quarterbacks behind a talented and healthy offensive line.

And also how rook receiver DeVonta Smith does.

Smith will make his NFL debut against the Falcons this week, and hopefully it’s the start of a brilliant career.

He should have the chance for plenty of targets from Jalen Hurts, and Atlanta is coming off a season where the Falcons allowed the third-most Fantasy points to opposing receivers.

The last time Smith played in Atlanta it was the SEC Championship Game for Alabama against Florida in December, and Smith had 15 catches for 184 yards and two touchdowns.

We’d love to see him do that again.