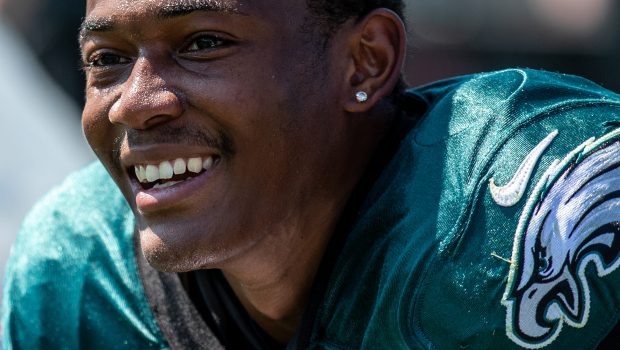 And he looks ready to rock the Niners.

On the field and in fantasy.

Smith was solid in his NFL debut in Week 1 against the Falcons with six catches for 71 yards and a touchdown on eight targets, and now he gets to make his home debut against the 49ers in Philadelphia.

San Francisco is down cornerback Jason Verrett (ACL) this week, and Jalen Hurts should be able to connect with Smith in this matchup.

He has top-20 upside in all leagues heading into Week 2.