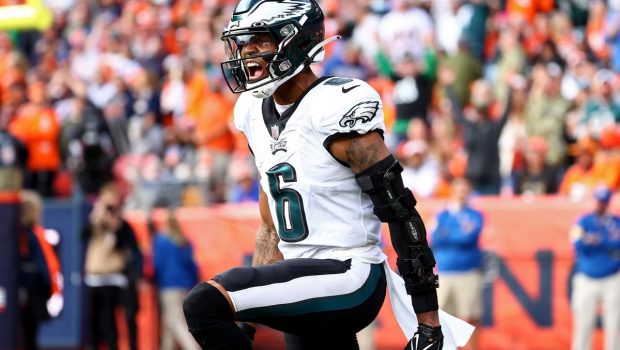 From Pro Football Focus, which rates him 7th among rooks:

After back-to-back standout performances, Smith now sits atop this rookie receiver class in PFF grade. He’s been Jalen Hurts‘ go-to guy the past two weeks, with four catches for 66 yards and two scores in a win over the Broncos Sunday.