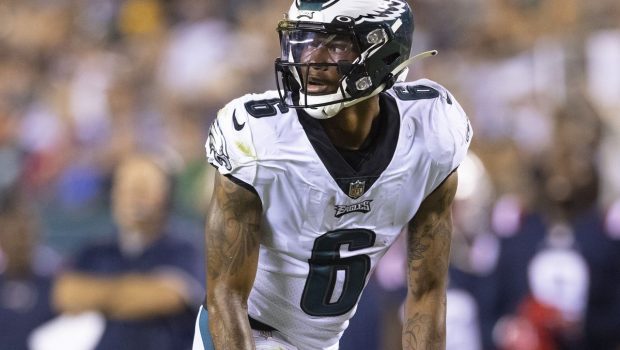 The Eagles are in Carolina today to play the Panthers.

And DeVonta Smith, the reigning Heisman Trophy winner is coming off of the best performance of his young NFL career, hauling in seven passes (on 10 targets) for 122 yards in the Eagles shootout loss to Kansas City.

Even with the breakout performance, Smith still trails former Alabama teammate Jaylen Waddle (Miami) for the most receptions by a rookie receiver (25 to 18).

But Smith has done much more with the ball in his hands, generating 237 yards and a score, while Waddle is averaging just 8.0 yards per grab – dead last among NFL wideouts with at least 12 catches.