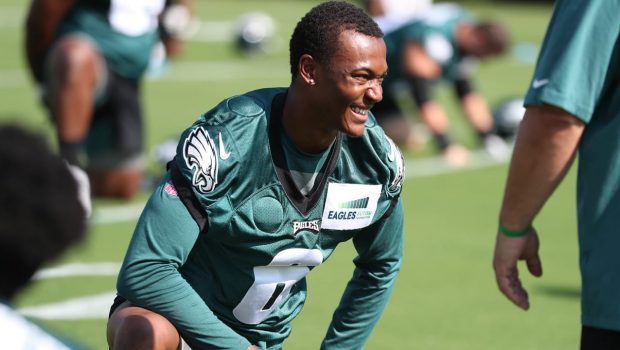 But Birds WR Devonta Smith had a big day burning the Browns defense.

Smith looks primed to have a big second year as the receiving corps got bolstered with the signing of AJ Brown after a draft day trade.

With the NFL season quickly approaching on September 11th against the Lions in Detroit, the Birds will look to fine-tune the offense and defense in these last two games against the Browns and Dolphins before bullets start to fly for real.

Starting RB Miles Sanders remains out with a hamstring injury, Kenneth Gainwell looks to get most of the 1st team snaps in his absence. Sanders should be healed up for opening day as the Eagles prepare for a big jump in the NFC competing for the division title for the 1st time in many years.