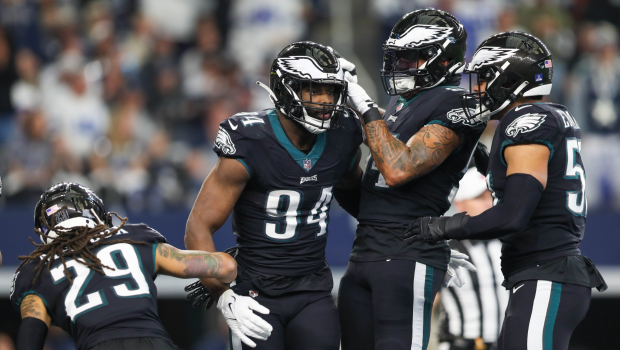 EAGLES DESERVE NO BETTER THAN A C+ FOR LAST NIGHT’S FAILURE!

CBS Sports gave the Eagles a gentleman’s C-plus for yesterday’s 40-34 loss to the Cowboys, a blown opportunity to clinch the NFC bye through the playoffs:

The team let down Gardner Minshew at various points throughout the game, as the two interceptions weren’t entirely his fault. Four turnovers and an inability to keep Dallas off the field did the Eagles in as they were handed their second loss of the year.

The Eagles only rushed for 87 yards, a number that shows how much of an impact Jalen Hurts has on the ground game.

The secondary struggled without Avonte Maddox and allowed 304 net passing yards in the loss — just not good enough.

This game didn’t mean much in the grand scheme of things, but the Eagles would have preferred to clinch the NFC East and home-field advantage in Week 16.