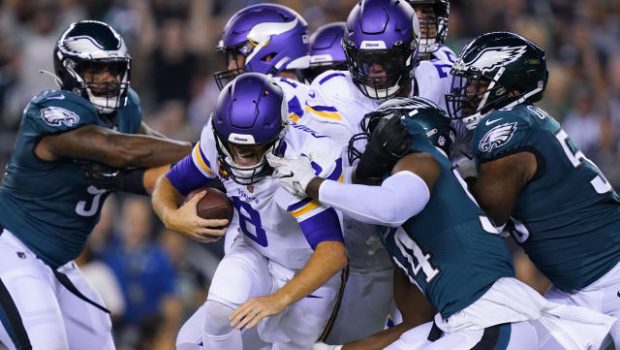 EAGLES DEFENSE FORCED COUSINS TO LIVE DOWN TO HIS 2-10 MNF REP!

Kirk Cousins threw two interceptions in the red zone during the third quarter, and a third in the fourth, all when the Vikings were trailing by 21 points.

Those picks ended any hope to get back in the game.

One was a miscommunication with Justin Jefferson, who appeared to be apologizing to Cousins in the moments afterward.

But the others were a forced pass to receiver Adam Thielen, who was bracketed in coverage, and a jump ball to Jefferson that was short of its mark.