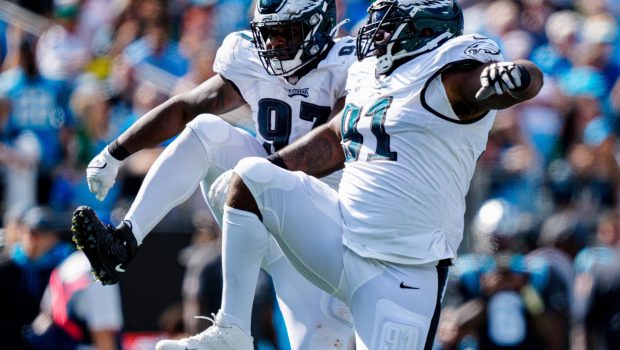 That was after the unit had given up at least 40 points in each of the previous two weeks.

Bucs quarterback Tom Brady is not Sam Darnold, though.

At 44, Brady leads the league in pass attempts, completions, and yards for the NFL’s third-ranked offense.

Tight end Rob Gronkowski has already been ruled out, as he’ll miss his third game with injured ribs. Linebacker Lavonte David (ankle) and safety Antoine Winfield Jr., who is in the concussion protocol, will also not play.

This game is a litmus test for the Birds as they enter the middle of their schedule with the Raiders next up Oct. 24 in Vegas.