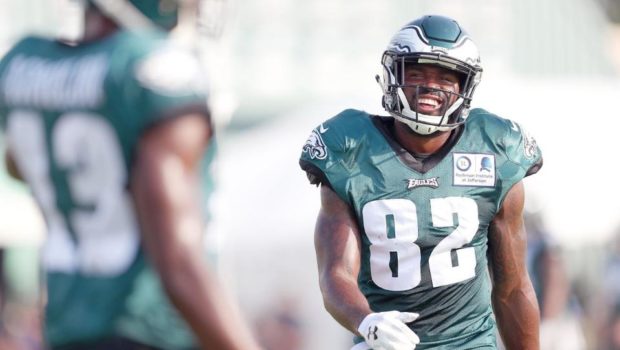 EAGLES’ DEEP THREAT TORREY SMITH HAS OTHER TALENTS TOO!

Wideout Alshon Jeffery has gotten the lion’s share of the attention in Eagles’ training camp, but Torrey Smith is no sloch.

“I wouldn’t say I am surprised [that Smith isn’t only a deep threat], but it’s good to see. We knew that he could run. We knew he had that element but coming in and getting him going on some underneath stuff, some intermediate stuff, it’s good to see. He’s more than a one-trick pony. He can do some things really well.”